Over 600 agricultural cooperatives to be created in Almaty region 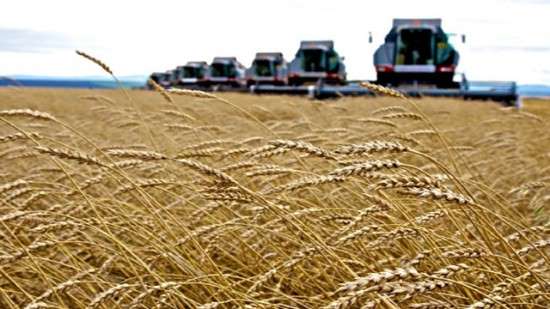 One of the main directions of Kazakhstan President special statement relating the agricultural sector is turning of the small farms into the agricultural cooperatives, BNews.kz correspondent reports.

"In our region since last year this direction has been attracting the local farmers. In general, with the participation of 430 founders more than 50 agricultural cooperatives were created. In addition, 429 feed yards and six greenhouses of family type, as well as six points of reception of milk and four vegetables reception points were opened. In total, up to 2021 we plan to create in Zhetysu region more than 600 agricultural cooperatives, which will unite more than 60,000 objects of the agricultural sector", the head of the regional agriculture department Seksembaj Bekishov said.

According to the head of the agriculture department, the significant support for agricultural producers will be subsidized credit and leasing obligations. This year, 24 billion tenge are devoted to the implementation of agricultural programs, attracting investments in the agrarian sector, expanding the range of conditions for farmers.

Kazakhstan President in his special statement noted the processing of the agricultural products and creating the necessary infrastructure for this purpose.

"In this connection in Almaty region it is planned to put into operation 116 processing objects with a total amount 76 billion tenge", S. Bekishov said.

Let`s note, Zhetysu is one of the major agricultural regions of the country. According to the results of 2016 the field in the total volume of agricultural production in the Republic of Kazakhstan is over 16%. In just one year there were more than one million tons of cereals, 275,000 tons of oilseeds, more than half a million tons of potatoes and vegetables.

Previously, the mayor of the region Amandyk Batalov said that further expansion of seeding of priority crops and increase the efficiency of use of agricultural land within the special statement of the head of State, in the area, the works on reconstruction of irrigation networks are carried out.

"Through the Islamic Development Bank for construction and reconstruction of irrigation networks will be drawn 33.7 billion. tenge, the funding to 19 billion tenge has started. As a result, an additional 126,000 hectares of irrigated land will be involved", the head of the region concluded.